A waif is a living creature removed, by hardship, loss or other helpless circumstance, from its original surroundings. The most common usage of the word is to designate a homeless, forsaken or orphaned child, or someone whose appearance is evocative of the same.

As such, the term is similar to a ragamuffin or street urchin, although the main distinction is volitional: a runaway youth might live on the streets, but would not properly be called a waif as the departure from ones home was an exercise of free will. Likewise, a person fleeing their home for purposes of safety as in response to political oppression or natural disaster, is typically considered not a waif but a refugee. 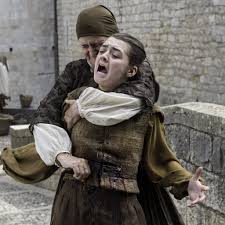 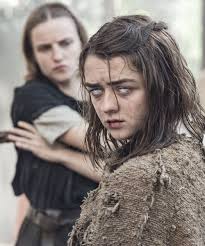 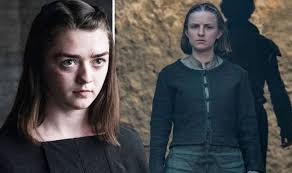 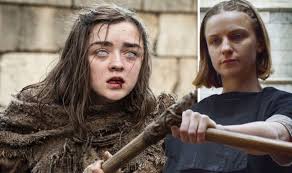 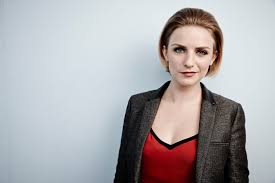 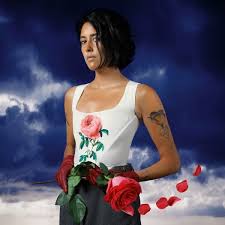 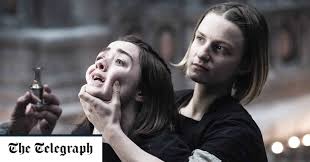 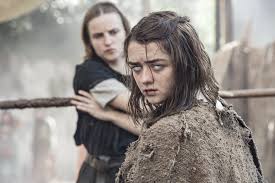 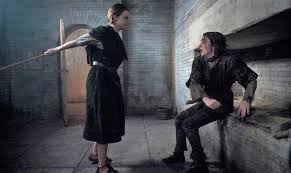 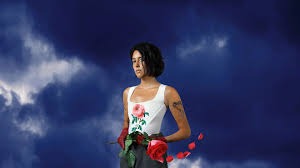 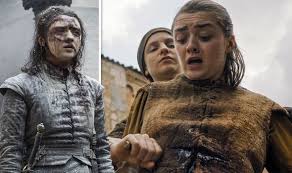 Orphaned children, left to fend for themselves, are common as literary protagonists, especially in childrens and fantasy literature. The characters Heathcliff in Emily Brontes 1847 novel Wuthering Heights and Jo, the crossing sweeper in Charles Dickens 1852 novel Bleak House are waifs. Dickens, it may be noted, has been called "the Master of Waif Literature." Bret Hartes 1890 novel A Waif of the Plains, set against the backdrop of the Oregon Trail in the 1850s, is another example. The children in A Series of Unfortunate Events are usually waifs, in between their unsuccessful stints in the care of various relatives. In modern adult fantasy writing, it could be argued that Kvothe of Patrick Rothfusss The Kingkiller Chronicle The Name of the Wind and The Wise Mans Fear was a waif, and the stories include many flashback elements – as they are of Kvothes life told by Kvothe – to the time when he indeed was a waif.

Literary waifs are frequently depicted with a frail appearance, although such physical aspects are not inherent in the term. Such evocations may reflect the endemic malnutrition of the street urchin.

Chicagos Mercy Home for Boys and Girls, a long-term residential home for troubled young men and women from the streets and abusive homes, has published The Waifs Messenger for more than 100 years.

A cartoon waif, an orphan boy, appeared in the 1936 Rainbow Parade cartoon A Waifs Welcome.

In nautical terms, a waif is any survivor of a shipwreck compelled to make land upon a foreign shore. In this sense waif is roughly synonymous with castaway, although the latter term is generally associated with isolation; a waif in the nautical sense usually indicates a survivor of a marine disaster who has fallen into the care or custody of others.

"Some seven years ago.there appeared the remarkable saga of Manjiro, the shipwrecked Japanese waif who was rescued and brought to the United States by a Yankee whaling captain."

Dating from the Middle Ages, when a woman was proscribed and subjected to penalties of outlawry, she was said to be" waived” and called a "waif". This waiving of the law was tantamount to outlawry since it removed all protection of the law. Women in this status were outside of the "law", and as with male outlaws, others could kill them on sight as if they were wild animals.

Under British common law, items stolen by a thief and discarded during the thiefs flight are "waifs." The monarch owns such waifs by royal prerogative.

References to waifs in music are sometimes self-deprecating, as in the name of the Australian folk-rock band The Waifs, or Tracy Bonhams song "Im Not a Waif".

Many other songs use the word "waif" to romanticize street children and runaways, as in the Marc Almond song "Waifs and Strays", or the Steely Dan song "Janie Runaway", which describes the title character as being the "wonderwaif of Gramercy Park".

The song "Black and White Sunshine" from the Noel Gallaghers High Flying Birds album Who Built the Moon? contains the lyric "these are the glory days for the waifs and the strays".

Frank Turners 2019 song "Jinny Binghams Ghost" contains the lyrics "Be sure to raise a toast. To the patron saint of the waifs and strays. To Jinny Binghams ghost".

In botany, a "waif" is an unusual species found in the wild that is alien and either a) is unsuccessful at reproduction without human intervention, or b) only persists a few generations and disappears. Such a plant never gets "naturalized" in the wild. "Waif flora" also refers to plant species which occur on oceanic islands due to chance long-distance dispersion of seeds.

In fashion and related popular culture, the term "waif" is commonly used to describe a very thin person, usually a woman.

"The waif look" was used in the 1960s to describe thin, large-eyed models such as Twiggy, and Edie Sedgwick. The "gamine" look of the 1950s, associated with actresses such as Audrey Hepburn, Leslie Caron and Jean Seberg, was, to some extent, a precursor.

The term "waif" was seemingly ubiquitous in the 1990s, with heroin chic fashion and models such as Kate Moss and Jaime King on the runways and in advertisements. Actresses such as Ally McBeal star Calista Flockhart, Winona Ryder, recently the British actress Keira Knightley and singer Celine Dion have all been pinned with the term.

Although the heroin chic look has gone out of fashion, it still holds some popularity in Hollywood. For example, Wonderbra model Eva Herzigova was criticized over her waif-like figure. Daily Mirror columnist Sue Carroll wrote:

The supermodel, looking like a throwback to the heroin chic era of waif-like undernourished models, was an X-ray of her old self, skeletally thin with greasy hair, blue lips, a cold sore and sunken eyes.